Why GaN in Space? 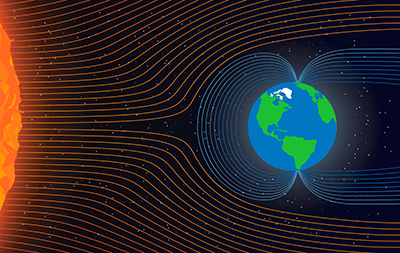 There are several types of radiation experienced by semiconductors in space. Devices in satellites in orbit around our earth, or in exploration satellites visiting the most distant parts of our solar system, all experience some form of high-energy radiation bombardment. Three of the primary types of radiation are gamma radiation, neutron radiation, and heavy ion bombardment. Unlike silicon, where special fabrication techniques and special packaging is needed to shield semiconductors from the effects of radiation, the physical properties and construction of GaN devices make it relatively immune to the damage caused by radiation in space.

Gallium nitride devices are used in high volume and have several years of flight heritage in many applications for space. Applications benefiting from the performance and fast deployment of these products include power supplies for satellites and mission equipment, light detection and ranging (lidar) for robotics and autonomous navigation and rendezvous docking, motor drives for robotics and instrumentation, and ion thrusters for satellite orientation and positioning as well as interplanetary propulsion of low-mass robotic vehicles.

Rad Hard GaN allows power supply designers to optimize their designs for size and weight, efficiency, EMI, and power density.  The increased switching capability and reduced parasitics equate to lower losses enabling engineers to increase the switching frequency resulting in reduced size and weight of magnetic components, a reduction or elimination of heat sinking, and lower copper losses.  These benefits result in an overall reduction of system size and weight without a sacrifice to efficiency.  GaN-based power supplies operate at higher frequencies, higher efficiencies, and greater power densities for Micro, LEO, GEO satellites, along with deep space and outer space explorations. 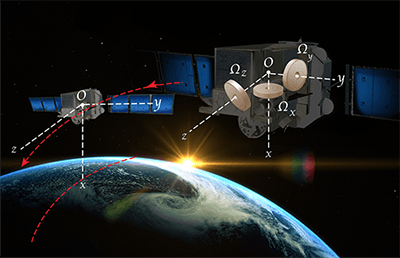 Reaction Wheels are a critical component for satellites as it enables them to stay orientated and reposition while in orbit.  The reaction wheel operates by controlling the rotational speed of the electric motor attached to the flywheel.  The  wide  band-gap  characteristics  of  Rad Hard GaN  power devices  allow  them  to  have  much  higher  switching  frequencies  with  considerably  lower  switching  losses providing the small size, light weight, and precision control needed to drive miniaturized  reaction  wheels  used  by  small  CubeSats.

These same benefits positively impact the ruggedized high-precision brushless DC motors that are critical for the myriad of robotics and automated instrumentation used in space missions. 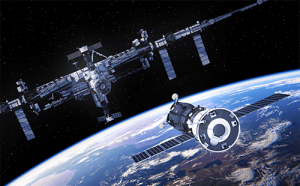 Lidar (light distancing and ranging) systems provide the “eyes” for autonomous navigation and docking for rendezvous missions and robotics used in space. The shorter the laser beam pulse, the higher the resolution of the lidar images. Rad Hard GaN devices provide this needed speed, increase the efficiency, and shrink the size for lidar. 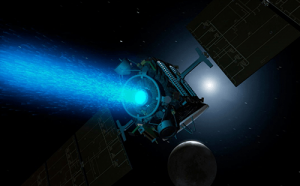 An ion thruster is a form of electric drive used for in-mission spacecraft propulsion with uses such as orientation and positioning of satellites and interplanetary propulsion of low-mass robotic vehicles. Rad hard GaN enables smaller, lighter, more efficient power supply to these systems, increasing the power delivery.